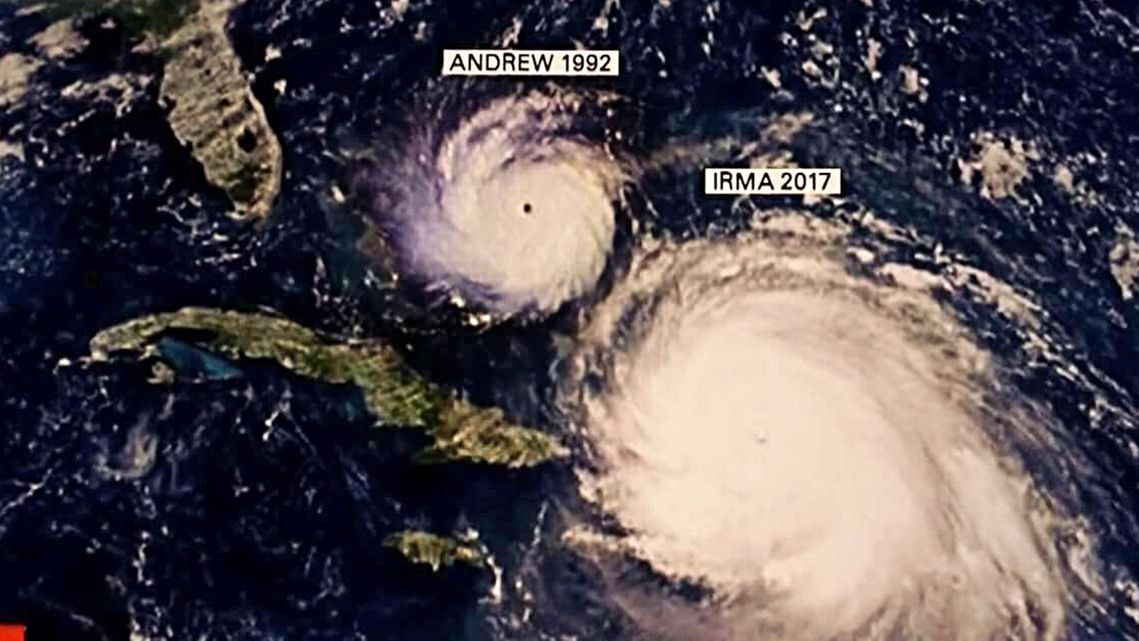 Most people, in the western hemisphere generally, went to bed on the night of September 6th, 2017 with the name of another female on their mind.

Irma, however was not your regular gal. She came a long way and was prepared to make a statement. Never indecisive or picky about the path she took. She was about to be felt and heard. Not to be ignored.

Intent on at least leaving a mark, she swirled and entranced with deliberate advancements. Quietly, she supposedly mutters, “You will remember me.”

Everyone watched her intently. Like a catwalk model, she glided across her glossy, blue, shimmering stage. Everything and everyone analysing her every being. Her every breath.

Will she slow down?

Moving gracefully, she approaches but her statement haunts. Her alleged warning is interspersed with whirring winds. Faint, in the distance…but coming.

She wasn’t going to lull you into false sense of security by promising you something she wasn’t. Take it or leave it, she was a “what you see, is what you get” girl. Capabilities unknown because in this modern day, no one had seen anything like her.

A force to be reckoned with, without actually saying a single word. If she did speak, you had no idea what she spoke about, far less the language.

The declaration above is probably what she would’ve said.

The images I saw when I awoke on the morning of September 7th, 2017 via social media and on television broadcasts of the aftermath and damage caused by hurricane Irma was deeply heart-wrenching. To learn from news reports, at that time, that approximately 90% of the country Barbuda was completely decimated was shocking to say the absolute, very least.

I couldn’t help but think that, if wind directions, atmospheric pressure or God’s will was different, those images seen could have easily been of my country St. Lucia, or any other island for that matter, that was spared the brunt of this beast, we came to know as Irma.

As I watched BBC Breakfast that fateful morning, I heard interviews given by the President of the Antigua and Barbuda Red Cross Michael Joseph and Prime Minister Gaston Browne, but failed to hear where people watching could contact or log in online to make donations, if they wished to help this 62 square-mile country.

The NFL’s Houston Texans star, Defensive End JJ Watt, after hurricane Harvey completely flooded Houston and ravaged other areas in Texas, in less than two weeks was able to raise north of $28 million by tweeting a link from his Twitter account (on the morning of Saturday 9th September he eclipsed $30 million…bravo!)

In no way would I try to claim or expect to match Watt’s totals but in light of the immense damage caused by Irma, I would like to assist, coordinate and raise funds to help with the rebuilding of people’s lives, just as JJ did for his fellow Houstonians and American citizens.

The images are engrained in my memory. I did not physically experience hurricanes Allen, Gilbert or Wilma, the last 185+ mph, category 5 hurricanes to come through our region within a span of nearly 40 years but the visuals allowed me to get a glimpse of the devastation that they would have caused.

Help me, a fellow Caribbean native living in the UK, help the people devastated by this catastrophe. ALL proceeds raised will be forwarded to the people of Barbuda and other affected OECS nations. I am in direct communication with the Head of State of Antigua and Barbuda, Sir Rodney Williams and the government of St. Lucia via High Commissioner Guy Mayers, who are willing to collaborate with my efforts to get assistance for our regional neighbours and who will confirm details of where funds can be transferred to, once received.

Irma has probably been the most social media covered storm ever (coming at a time when social media coverage and updates became the norm and even the choice for "news" even before reputable news agencies); with people sharing thousands of pictures and videos of the decimation of islands left in her wake and the anguish and shock in the voices of residents. Several already dead, probably hundreds injured and news of damage to hospitals and health centres, is bound to exacerbate the problem even further.

Let’s step in as a global community to assist those most in need right now and help territories like Barbuda and its inhabitants recover from this terrible nightmare.

An indelible mark she left indeed.

Irma, now universally known and fully respected, stomped her way through her projected, overly (and rightfully) analysed path, like we knew she would, as she walked down that glossy, blue, shimmering stage.

“You will remember me,” she supposedly warned. Her imprint permanently affixed on the mind, lives and landscapes she touched.

Enthralling she was, through every second she remained.

Energetic she maintained, as she gained confidence and strength in the warmth of her surroundings.

Enigmatic she was not, as we now learnt the secrets she kept as she approached her stage.

Irma was not your regular gal. She came to ensure you remembered her forever and leave you wondering if there are any more like her out there.