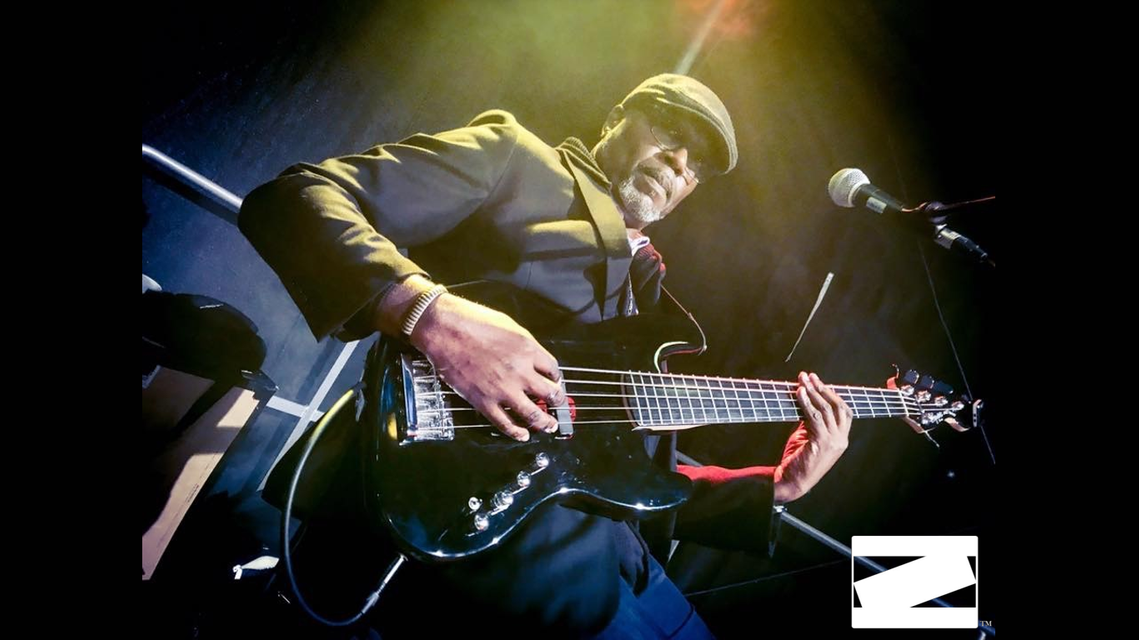 Autonomous Sensory Median Response (or ASMR as it’s more commonly referred to), is a growing phenomenon gaining popularity and scholarly attention around the world. Most people may not have heard of it but those who are aware of what it is and have practiced it are quite persuaded by its appeal. It is described as a “brain massage” which is triggered by mild sounds such as whispers, accents and crackles.

Meanwhile, in a two-storey music studio and office tucked away in the city of Leeds UK, the sound of musical beats, songs being recited and notes emanating from a range of instruments has manifested itself in a way that some may describe as anything but relaxing! People learning to play instruments and sing inherently comes with mistakes and most times, being off-key…hardly anything close to a brain massage, surely. However, without that, there’s no growth.

In Leroy Johnson’s IAMusic Academy, whispers are actually discouraged. Musical chords, accents (whether linguistically or via audio synthesisers or otherwise), along with loud crackles and banging on drums are commonplace and encouraged to stimulate the maximum output, effort and skill from his students. He coaxes these sounds from them, who range between novices and seasoned veterans; a true mixture of young and mature. Music for Leroy (particularly gospel) is his ASMR. A gateway to relaxation, spiritual and mental but equally a portal to creativity, learning and exploration that he insists must be let out repeatedly…mistakes and all!

Born into a family of musicians, the only thing quiet about the MOBO nominated musician, is his soft-spoken, patient approach and disposition, a trait naturally exhibited when teaching his students. He’s an advocate of instruments becoming the extensions of the students that play them. Carefully dissecting sound and pattern, whilst encouraging them to feel the melodies and hone their craft. He nurtures and transforms willing novices to become accomplished musicians and/or vocalists through the freedom of expression, working through mistakes quickly and learning new “sentences” and eventually, fluent “languages” in music.

This comparison is one Leroy commonly uses when describing the learning process of music. Just as we learn any language in life, we progress from understanding individual words, then string them into sentences. With time and practice, we become confident in conversation. As with speech, music follows a similar progression and Leroy intends to ensure all his students become fluent in a range of musical languages, once they accept the challenge of his instructions.

“My mom played the tambourine and sang in the [church] choir and my dad played the accordion…Every week, or almost every day was church and [it] was filled with music and that’s how I got into music.” With rhythm and melody swirling round in his head from his early days, it would be perfectly reasonable to assume that a day or life without music would border on strange and certainly unsettling for Leroy. Music became part of the very breath he metaphorically inhaled from an early age and with the incentive of having to play an instrument at church any time he was present; whether he liked it, or wanted to or not, music became as tangible and real to him, as the blood running through his veins.

Developing into a self-taught instrumentalist, he became reliable and performance-ready with the variety of instruments he picked up, in a short space of time. His career path was set. A love was cultivated that saw him wanting to learn more, becoming not only a respected performer but also a teacher; sharing his skills and passion for music with those wanting to learn the language of music. Veteran musicians and performance groups actively seek his musical counsel, practice and improvement time, tutelage and accompaniment. Their language and shared musical blood transcends any differences and genre preferences.

Sharing with our Leeds Beckett University student interviewers Sam Gibb and Riley Bolton, Leroy explained his belief that we as people were meant to be musical but let ourselves and other people get in the way of developing those talents. “We [as people], are music…The first thing that we do when we’re born is, we cry…that’s a song. And then once we get to [an age where we] discover our voice, we start singing and it takes a lot to stop us from singing. But when we get…older, then we start getting self-conscious and think people are judging [us]…I want to catch kids before they get to that age, [before] it’s too late and a point of no return. Start teaching them [and] reprogramming their thinking and start thinking positive about themselves [and their musical abilities].”

Over the past few weeks, Leroy was able to sit down with one of his students for her hour-long, Saturday, vocal coaching sessions and over a course of just a few meetings, he realised her advanced grasp of music, was able to match her enthusiasm and worked with her to compose full-length, studio-ready lyrics and music, producing a new song at each session that he genuinely thinks is worthy of recording, performing and eventually selling! His ability to latch on to sound and melody, turn them into chords and replicate them, each time getting better and more complex is jaw-dropping, smile-inducing…relaxing.

Whilst ASMR tends to relax people into trance-like states, that either paralyses them into stillness, meditation and relaxation; sounds, beats and music sends Leroy into creative overdrive, blending them all into coherent arrangements, where when he gets into “the zone” can progress into something magical.

Responding to the question posed by Sam and Riley of what advice he’d give to aspiring musicians and artistes wanting to be successful in the music and entertainment industry, for a few minutes, Leroy broke his calm demeanour to be very blunt about the ingredients that it takes become an accomplished and respected performer. “Stay humble…Stay humble!” Unconsciously repeating for effect the importance of humility as a characteristic that will serve performers well in their careers. “I’ve come across so many divas…it’s such a small industry, that if any bad rep gets about, it will get around like wildfire!” Tapping into his Caribbean ancestry, Leroy broke into his Jamaican dialect to deliver his final and very brief but emphatic punctuation on the interview. A linguistic habit that is noticeable when speaking to persons who have strong connections to the islands when they speak with conviction, passion and/or authority on a topic. They tend to break the accent from which they normally converse in (normally acquired from the host country/state in which they live like the northern Yorkshire accent in the UK, or the “N’awlins” accent from Louisiana or the various dialects from the boroughs of New York for example) and switch into the tropical “twang” that makes anything spoken melodious, noteworthy and memorable. “Keep it good!” Three words that dropped heavy, as his transformed accent, to indirectly underscore the significance of a good attitude and work ethic which is needed, in tandem to become successful in music or any chosen field.

So, keep it good! You may just land in the right place, at the right time and that mantra may very well be the one that delivers you opportunities and connections that can transform your life and its trajectory.

Surely, words of the wise…no matter whichever accent that accompanies it!