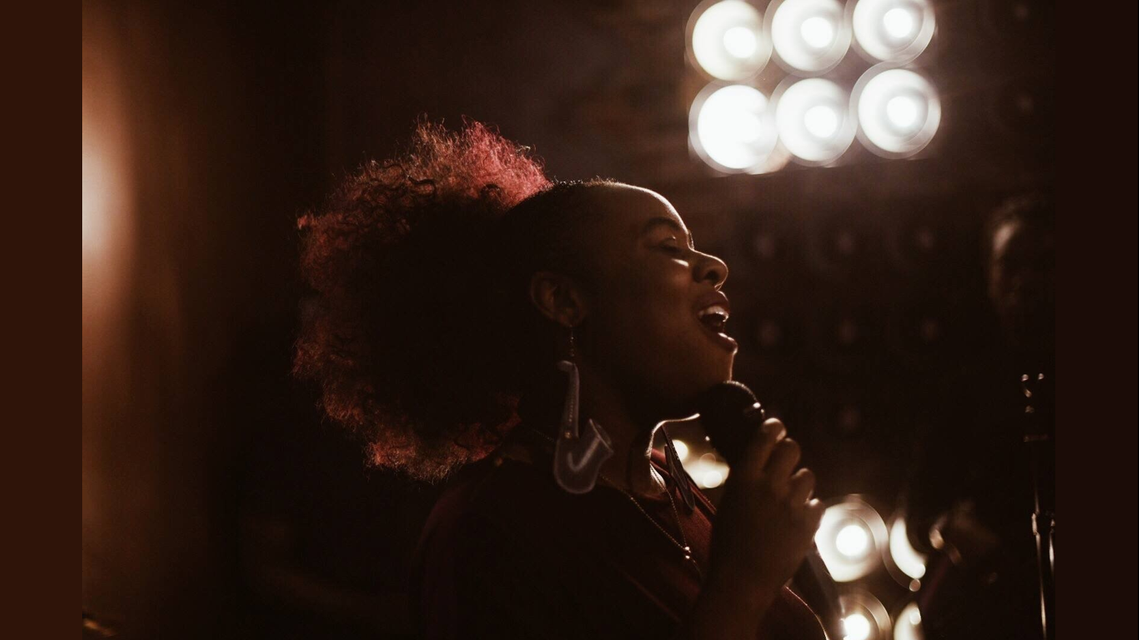 The musicality of the 80’s can be seen as arguably one of the more iconic decades in history. Legendary musical skill dominated the airways and record sales, in a ten year span that literally also gave birth to many talented individuals themselves who went on to do their own form(s) of dominating, only a few decades later (stars like Beyoncé, Adele, Kendrick Lamar, Katy Perry, Drake, Olly Murs, Rihanna, Lady Gaga and Nicki Minaj, to name just a few, are 80's born musical prodigies). That of course, is not to say preceding or later decades of music can’t be thrown into the ring for debate, as being the best. However, for the purposes of this piece, let’s say the 80’s are the best (for mainstream music developed then and also the babies born in that decade), totally ignoring that I may be biased, as I was also born in the 80’s myself...Ha!

Moving swiftly along however, the top 10 best albums of the 80’s according to the revered publication Rolling Stone includes names of artistes such as Michael Jackson, Prince, Bruce Springsteen, Tracy Chapman, Paul Simon and U2, with an honourable mention of the then emerging rap group Public Enemy, coming in at number 12, out of that same top 100 list. The publication exemplifies the diversity of flavourful and new sounds that came through AM and FM airways and cassette player speakers of that time.

Nazarene Mighty (also a product of that decade), lent a hand in proclaiming the 80s as a profound time period for music when she couldn’t help but smiling whilst recounting the musical legends she grew up listening to! “I grew up in a very musical household, my mum and dad were always listening to music…I just loved it! I grew up in the Michael Jackson era, you know when everyone was dressing up with the clothes and all that…I’m an 80’s baby, so it was just fun anyway…for me, music has just always been a part of me.”

Naz is a vocalist who prides herself on the fundamentals of being able to hold a note, lead or back-up peers on stage and has built a strong career out of it; not only as a performer herself, but as a vocal coach training persons of all ages in the very little spare time that she has. Teaching is one of the things she enjoys and seeing talent grow is one of the rewarding experiences she appreciates. “…Artiste development, I love that stuff!...Working with young people. I know how much it helped me!” hence why she enjoys passing on her knowledge to those willing to learn and improve as singers, for whatever reasons and occasions they choose.

Her love for performance and music is pure and gratifying and also one thing she couldn’t see herself being without. This was demonstrated when she responded, “I can’t see myself doing anything else...If I wasn’t [going to be] in front of the mic or the camera, I would be behind it,” when asked what career she would have if she was not a singer. Showing her versatility, Naz also mentioned being involved in musical directing (having directed some shows for theatre productions also); another avenue she’d prefer doing as a job, if she wasn’t the singer and performing herself. “I am creative musically…so I’d probably be doing more of [those things] and more writing” she adds.

This “80’s baby” lives and breathes music, so it makes perfect sense why a career as a singer, or having some role in musical production or direction was always going to be in her future. In actuality, we all as individuals may have difficulty identifying someone (even though they may not have become musicians of any kind or was born in the 80’s), who wouldn’t be nostalgic whilst reminiscing of ‘simpler times,’ when they listened to Thriller, Fast Car, Born in the USA or Purple Rain when it played on the radio, at a party or in the disco they may have been around! Granted, disco entry to dance and sing the night away to such tunes would’ve come a wee bit later for people born in the 80’s!

Mrs Mighty (cool surname, isn’t it?! We’ll stop you immediately from wondering if it is her stage name! You can thank her funny and wonderful husband Marlon for that one!) has immense stage experience and if you’re in London, she may be gracing a stage or sold out venue near you, as she continues to belt out covers of pop and soul queens like Aretha Franklin, Gladys Knight, Diana Ross and reproductions of contemporary artistes like Beyoncé, Jessie J and many others. However, don’t you dare think that Naz is just a one-trick performance pony who’s solely comfortable covering tracks and being a tribute act around the UK (contrary to some beliefs, tribute acts are quite talented and respected performers as well; some being immensely popular and earning a decent per-performance wage from that!). Naz has also been putting in the work, recording her debut studio album and it will be one to keep an eye and ear out for on radio and Spotify and other streaming services and platforms, now that the world has been notified that Apple iTunes will be closing down as we know it.

Quite attuned with the genres of today like the proliferation of sounds and emerging genres like Mumble Rap, Garage, Trap and the mainstream sounds of R&B, Hip-Hop and others, Nazarene is a musical connoisseur who has taken note of all the developing sounds out there, that at times remind her of older songs that have been re-engineered for modern use and also performers who have grown in popularity over time. “[Current music reminds] me a lot of the old-school stuff that has kinda been redone or sped-up [a bit]…Reminds me of the 90’s R&B I grew up on and loved when I was, like in my teens.

"Music is moving with the times…everything’s got to evolve and reinvent itself…I think it’s great!” she expressed. Speaking with our student colleagues from Leeds Beckett University Eldris Kidukula and Jack Crowther she admitted to being a big fan of artistes like Aloe Blacc and the DJs who have now become popular for their musical ingenuity and remixes produced, like Calvin Harris. Sounds coming across like musical alchemy, infusing tempo, whilst mixing old and new school melodies, grabs her attention...which makes sense, as due to being a performer, she understands being able to keep relevant and also reinventing her sound based on what is currently popular, (especially for studio recordings) is of great importance.

Due to her influence as a vocal coach and amassing all the experience she has at the hundreds of gigs she has performed at, Naz was also able to generously leave us with some poignant words of wisdom which were borne out of her growth as an inexperienced and shy individual who lacked confidence (where singing was concerned) in her younger years. Mirroring the stories of many aspiring artistes and creatives, she left school and entered the corporate world of work but quickly realised that it was not the type of job or environment for her. “This isn’t me…” she exclaimed to Eldris and Jack, whilst recounting her past, as a young adult looking to establish herself and gain independence. With that, she left some fantastic advice for our viewers; “Don’t let shyness or your lack of confidence stop you from at least giving something a go. [Also], stay around people who are doing the type of job you want to do…stay in that circle…Surround yourself with the right people and don’t think ‘oh I’m too shy to do this,’ start from the bottom…your confidence will just build over time…”

Now that being an 80’s baby is more of tagline than a reasonable justification for inexperience and youth, Naz finds herself as mother of an energetic baby boy of the millennial generation, who’s already singing along to Bruno Mars and adverts on TV, in tune, at less than 2 years of age! She’s in a unique position (as most parents are) to balance teaching, disciplining and playing, with also being able to coach him into being an ace and fundamentally sound singer, if he chooses that path for himself.

Music means a lot to most people and as seen above, Naz followed her love of music into a rewarding and exciting career. Previously working with Michelle Williams of Destiny’s Child when she was a lot younger and artistes like Julie Dexter, Omar, Leela James and Rob Lewis and others or being overwhelmed by the “insane” thrill of performing at Wembley arena in London are moments that she has experienced and could only have been achieved by her “giving something a go…and surround[ing] herself with the right people.”

Achieving that job of your dreams is always there for the taking (or making), it always just depends on how willing you are to go out and get it and/or putting yourself in positions to claim it. Whether you’re an 80’s baby or not, that’s advice we can all get on board with! Prince, Michael Jackson, Beyoncé and the gang mentioned above would agree with that too!