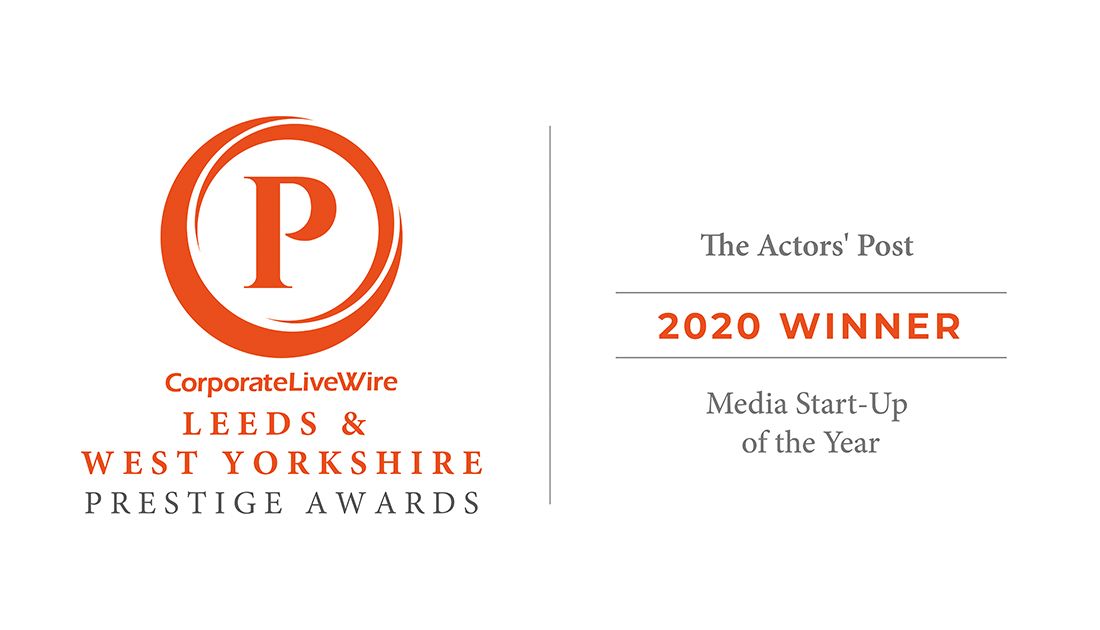 After considering several nominations submitted over the last weeks and months, the judging panel at Corporate Live Wire’s, regional Prestige Awards (for the Leeds and West Yorkshire area), selected The Actors’ Post as winner of Media Start Up of the Year. After whittling down the submissions to an enviable shortlist of 5 companies, The Actors’ Post was chosen for this year’s honours. Winners of all categories will be announced officially by Corporate Live Wire’s Press team in due course as they wrap up and confirm all entries and winners.

“The Corporate Live Wire Prestige Awards celebrates small and medium-sized enterprises consisting of localised businesses and sole traders that have thrived in their highly competitive community and have proven their success during the past 12 months.”

During their deliberations, the judging panel concluded and confirmed by email correspondence to The Actors' Post when the decision was final, that the content published by the company gave “belief and encouragement to those starting out” in the entertainment industry. The vast amount of advice and experiences shared by global entertainment professionals, who had been interviewed on the platform and the strong engagement, collaboration and learning/development opportunity given to students at Leeds Beckett University, in addition to other judging criteria, contributed to the decision in favour of The Actors’ Post.

Corporate Live Wire feedback also noted that “We feel…people will take away a great deal of confidence from the content and it will aid them in the pursuit of their own goals. [The Actors’ Post] clearly [has] the ambitions [and ability] to grow the company and provide even more information to people in the industry, as well as [others who are generally] interested in the content. We're very pleased to recognise you.”

Founder of The Actors’ Post, Alister Albert said, “This is an amazing and startling surprise as we were contacted about this completely out-of-the-blue during this lockdown period. We were alerted of the nomination for this award and were thrilled to eventually find out that we were chosen as winner of the Media Start Up of the Year category, after the site was reviewed and some further questions were posed.”

Alister continued, “I’d like to thank the Corporate Live Wire staff for this incredible recognition and also extend my gratitude and appreciation to all the interviewees and the students and staff of Leeds Beckett University who we collaborated with to make this possible. Also much appreciation to Adil Khan who has contributed to video and sound editing and industry partner WeAudition, for providing an amazing online platform and resource to conduct the geographically challenging interviews. This one is equally for all of you!”

Alister intends to use this acknowledgement as an opportunity to grow interest, opportunity and investment in the platform and hopes to continue to build strong networks, partnerships and collaborations that he’s continually working on.

Unfortunately, this year’s Corporate Live Wire’s winners’ dinner was predictably postponed due to lockdown restrictions in place in the UK. However, the company hopes to host the Leeds and West Yorkshire’s regional event in the near future to recognise this year’s winners- once government and health officials and their guidelines have deemed it is safe to do so.