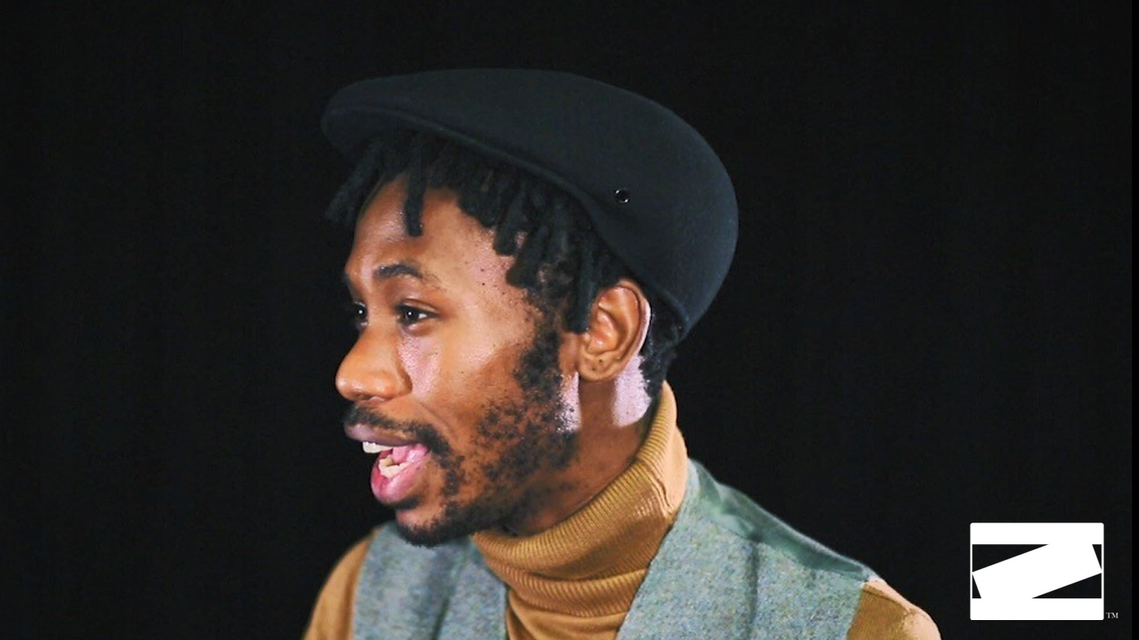 The More Things Change, The More They Stay The Same (An Interview with Dancer, Mlindi Kulashe - 2019)

“Unbuntu…it’s directly translated as Humanity,” were some of the words uttered in sentences given by Mlindi Kulashe who was explaining and responding to the question of what he missed about being back home in South Africa. The African Bantu term once used and popularised by Nelson Mandela has become well known over world, becoming a rallying cry in many contexts from sports to politics, has been referenced in film and even becoming a brand technologically. Living in a country and era that is increasingly obsessed with individuality, marketability, viewability and popularity, Mlindi was forced to understand or notice quite often, it was difficult to coalesce the two competing states of mind; can ‘I’ and ‘we’ coexist?

He had to learn quickly and in quite an involved way, as most entertainers do, that in this world of creativity and innovation, the art you produce is a reflection of you and how you are and will be perceived and therefore in most cases, translates to how much you may be accepted in certain situations or “liked” (whether in real terms or on social media!). Mlindi also realised that the individual, in lots of cases (external to him) feigns patience and humanity, as the rise to the top nowadays is (disappointingly) anything but patient and humane. Some would also debate "why should it be?" when arguably, there is perceivably so much at stake and to gain.

As reflected in his debut piece of professional choreography called Mamela - a word in his native Xhosa language which means “listen;” another time-requiring skill many people are not prepared to, or have the time to do - he cathartically explored his mental state, where he’s in conflict trying to make sense of his new home, whilst trying to navigate and preserve his values and “Ubuntu.” He constantly collides with first world, modern-day pressures, people, sounds, ideals and conflict-gusts that can derail basic human decency, dignity and integrity. Individuality reigns supreme in 2019 popular culture and media – both heavily intertwined.

Likes, impressions, live (streaming), tweets, retweets, snaps, followers, memes. All words which either meant something totally different as early as a decade and a half ago or were recent Oxford Dictionary inclusions linked to social media that form part of our daily lives. Mlindi is acutely aware of this battle of individuality that surrounds him and the increasing "importance" of those words in his life, as he encountered this much as he matured whilst living here in the UK. Without him embracing who he is and his individuality, ensuring its preservation and development, he wouldn’t have become as emboldened with talent and confidence, thus endangering the possibility for him being as successful a person and artist as he is today.

During his second interview with The Actors’ Post, Mlindi was in a philosophical and reflective mood, explaining that void, though his life has progressed happily and exponentially since moving from South Africa in 2009. He continued to define Ubuntu, using the definition most people have come to know “…it’s often translated in South Africa as 'I am, because we are,'” completing the point indirectly, that his life is also an amalgamation of his shared experiences with people he's encountered along his life’s journey.

Since our first published piece on Mlindi, where we got to know about the energetic, bubbly dancer, this time, we got a glimpse of a more mature, even more reflective and continually profound gent, who even at times playfully role-reversed the session, becoming the interviewer; asking our student colleagues Isabelle Maddison and Ishraq Baig the questions he wanted answers to, in the heat of the moment!

Stronger, wiser and more in-tuned with his European and international surroundings, Mlindi’s self-carved path of growth, learning and experience continues to materialise, whether you notice it or not. Though exuding a more measured and experienced persona this time around, borne out of the hardening life sequences that have befallen him over the last couple of years, Mlindi also embodies the phrase that “the more things change, the more they stay the same!” Accomplishing a feat he probably never dreamed of whilst in his backyard in Nyanga of being a choreographer for one of the world’s most respected dance institutions in Northern Ballet; gaining more feedback, criticism, mental and physical bumps and bruises (i.e. the more things change), he’s still quite capable and remains a largely cheerful, energetic, fun-loving bundle of ambition that he was then (i.e. the more they stay the same).

A story of inspiration, ambition and smiles, Mlindi continues our series of interviews with 12 international artistes who share their experiences as entertainers which we hope is bound to inspire aspiring entertainers in their respective fields.

Mlindi would probably prefer you not think of Ubuntu just as a trendy word of the times that hits all Public Relations checkboxes but one that would make you stop, listen, think and appreciate the world and people around you. Though you may see other self-obsessed individuals around you, it is likely you may see or hear something you never thought would fascinate you during your “normal,” frenetically paced life!