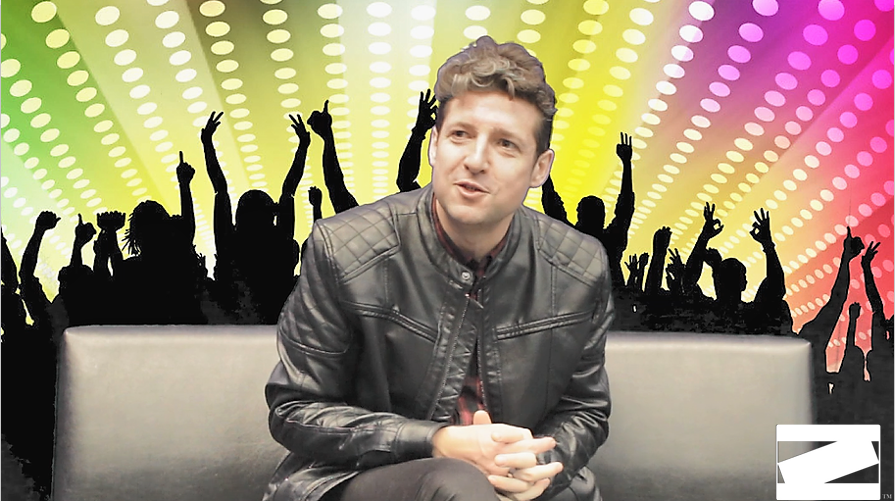 At first glance, Dan Lomax may appear as a quiet, unassuming character, who like most of us toils in the daily routine of a 9-5 job and the joys and trials of raising a family. That first glance is accurate because that’s exactly who Dan is, working as a Senior Lecturer at the UK Centre for Event Management at Leeds Beckett University. He may not fit the yesteryear, once stereotypical idea of what some may think a male university lecturer could/should look like; professorship-air, pocket-square garbed and collared individual that denotes some sort of hierarchical and academic importance. No, on the contrary, you can find Dan in his preferential, black jeans and boots, black leather jacket and plaid, collared shirt, with his hair coiffed just enough, with an unmistakable curl (for him), that bounces with his now slender gait of a man, who is content and also has experienced a few things in life.

However, those who know him closer, are aware of the skills he harbours, with not just a penchant for explaining event “load-in” and subsequent “load-out” but also his quite capable digits as a spin master disc jockey, controlling the night scene at bars in the bustling town of Leeds, West Yorkshire. With Masters Degrees in Transport Economics and Event Management and a wealth of theoretical and practical knowledge in implementing Event Management practices in the lecture theatre and on event sites, Dan is a multi-skilled (and brainy) individual, who like many of us (if we choose to admit) manages and balances separate lives and alter-egos that encompass who we are, holistically as individuals.

But with his accomplished, musical propensity to meld music of different genres and finding that “collision” point where hype is heightened and sustained in a club setting, accompanied by artificial fog, strobe lights and a steady stream of alternative, club-hopping, indie-loving partygoers; Dan is the man you’d want to know for information about the party scene in Leeds.

A DJ for over 19 years, Dan was the resident DJ at The Town and Country Club and the highly regarded Cockpit Club, where Boy George, Amy Winehouse and Coldplay once played and also where the Kaiser Chiefs were scouted and gigged frequently. The Cockpit sadly closed down in 2014 due to “essential maintenance” as quoted by ex-management in a BBC report, but Dan has maintained his playlist generating capabilities for the moments where those skills are required. He was also known and adept in the world of event promotion and location/set arrangements for some of Leeds most epic party nights. Now contemplating a return to the nightlife and his music pumping, eyeliner-wearing alter-ego, Dan longs for the almost alchemist-like control that ensures his patrons have a good night with his audio-potions of musicality (and a few drinks), that so many locals have come to expect on nights out and events in Leeds that he’s played at.

Dan sat down with our student colleagues, from Leeds Beckett University; Georgia Levin and Finan Reed to discuss his wide-ranging career and background but more importantly, his life as an entertainer and DJ; what he enjoyed about the club scene; his favourite song to hype a crowd (here’s a clue, its title incorporates a colour and day of the week which Garfield the cat hates!) and gave some really noteworthy advice to youngsters wanting to pursue a career in the entertainment industry.

In our 12-part series of interviews, Dan offers us great insight into what it’s like juggling multiple interests, skills and jobs (which most entertainers do in the shadows) and gives a little sneak preview into the life of a man who many people would assume is more likely a party-goer than the party creator and maestro!