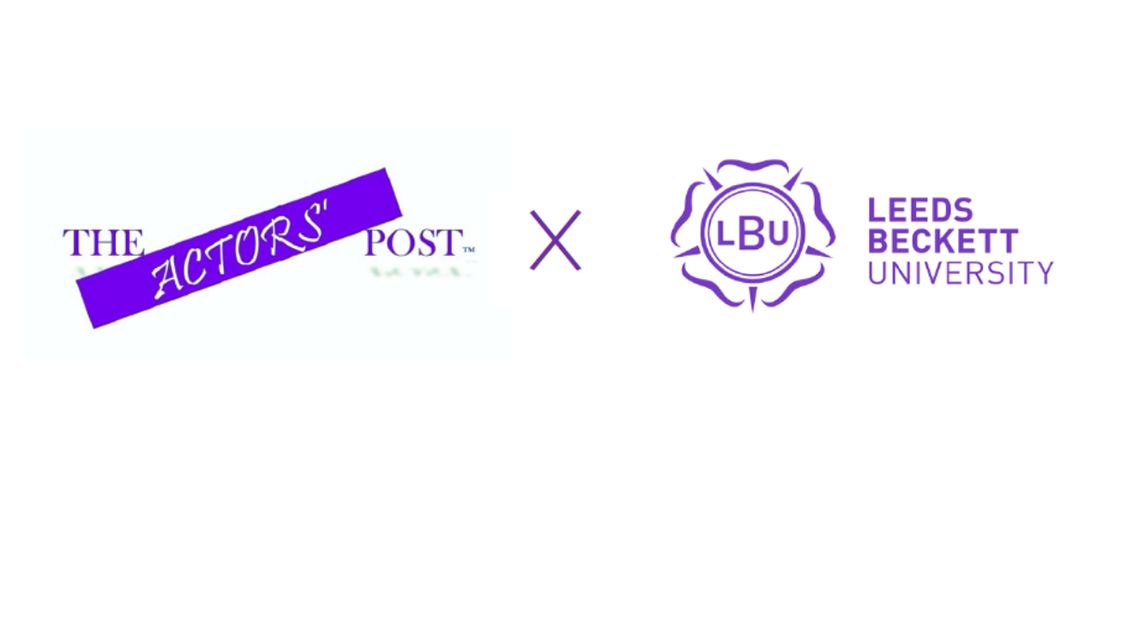 Over the last 3 weeks, the Founder of The Actors’ Post Alister Albert, has been coordinating the completion of interviews of 12 entertainment industry  professionals who are based all over the world, to be conducted by the next generation of media talents. Negotiating availability with individuals as far north as Canada, in warmer, tropical regions as Saint Lucia and as far east as Indonesia and China, Alister has been working on developing a project and partnership that would be beneficial to all those involved.

The interviews (and navigating the need for flexible scheduling) was developed alongside Leeds Beckett University’s Senior Lecturer, Ashley Dean from the School of Computing, Creative Technologies and Engineering, to give students an opportunity to test their media broadcasting and journalism skills by conducting professional interviews with a mixture of industry veterans and up-and-coming stars from various backgrounds.

With all 12 interviews now complete, the student groups will edit the footage gained from their face-to-face and online interviews (online sessions done using the WeAudition platform) and will be marked as part of the assessment that contributes to their end of year grades.

The line-up of 12 artistes who completed interviews included:

1. Alister himself, the Founder of the Actors’ Post – Actor and Writer from Saint Lucia, residing in Yorkshire, UK

11. Sharam Diniz – Model, Actress and Entrepreneur who was also a student at Leeds Beckett; from Angola, residing in Lisbon, Portugal

One artist who had difficulties accessing the WeAudition platform due to connectivity restrictions from China, Satrina Romza, is a singer and songwriter from Indonesia, has agreed to stay connected with The Actors’ Post to schedule another time to get her interview completed. Whether this will be conducted with the students, is yet to be confirmed as they would have already completed their commitments to this assessment.

On February 12th Alister presented, as a guest lecturer to the available students, the purpose of the partnership between The Actors’ Post and their Live Event Coverage module, aiming to highlight the unique opportunity that was created for them (being the first of its kind for their course) to work alongside an industry client and gain valuable experience.

Students were randomly allocated their interviewees during the class session and were then subsequently responsible for researching their individual, drafting interview questions, booking their rooms and equipment and preparing for their scheduled interview slots.

Alister noted that “apart from a few rearranged dates for some interviewees, a couple of technical glitches here and there, this experience with the students has been inspirational and gratifying for both them and the interviewees...far surpassing my expectations! For me, it showed that with a great idea, incentive and corresponding motivation and guidance, students of today can produce amazing results and can conduct themselves professionally. This will be an amazing opportunity for them to reference in their young careers and I am extremely grateful to Ashley, his team and the University for believing in me, The Actors’ Post and this project and providing me access to these bright sparks! Hopefully this partnership can continue and we can make this bigger and even better!”

The video footage produced will be submitted for grading shortly and will subsequently be released to Alister for approval by him and the interviewees. Once signed off, they will be published on The Actors’ Post website and its associated social media platforms.