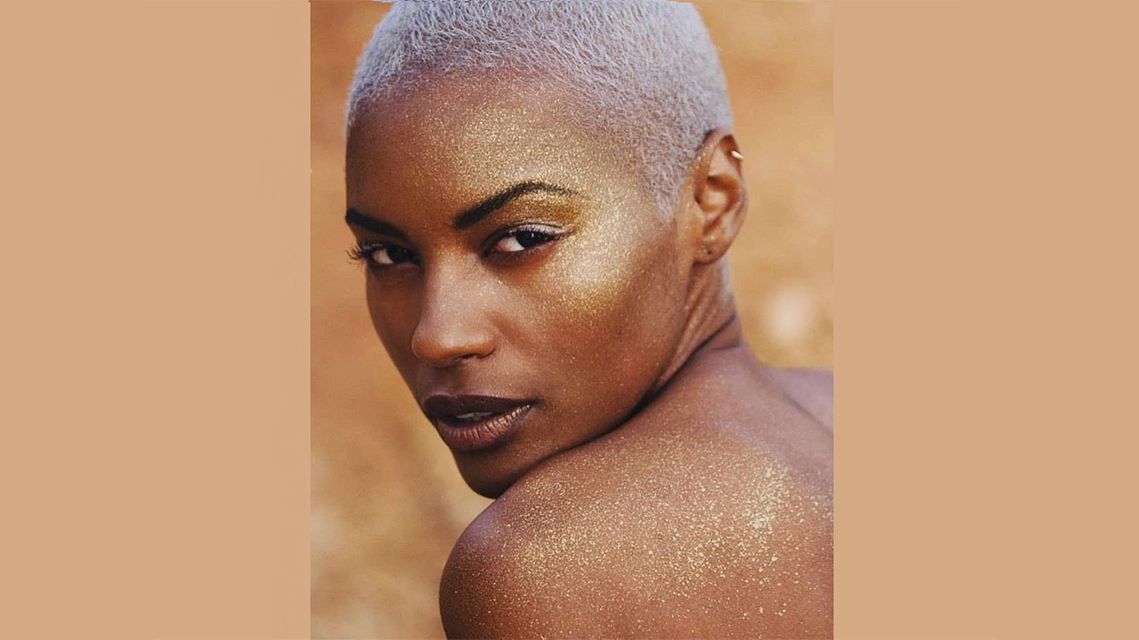 Growing Up For The Runway (An Interview with Supermodel, Sharam Diniz - 2019)

Saying someone is born to do something has, in a sense, lost its appeal. It’s probably become a statement of hyperbole in most contexts currently. Considering how often it is used nowadays, it’s arguable that such an assertion has become slightly diluted as people tend to use the “Born to do this,” tagline quite often; similarly, the word “great” in a sporting context in my opinion, has fallen from grace.

It feels like every Tom, Dick, Harry and Jane are bloviating experts and philosophers with expertise in the areas they claim proficiency in; sometimes true, often times…not. This social media era, has given people quite the voice, bolstered with the confidence of the social ‘façade’ and justified by persons being noticed/popularised for anything said, whether factual or outlandish. The self-proclaimed born to do-ers are increasingly ever-present, with their basic qualifications generally equating to having access to an internet enabled device and quick fingers to type thoughts on screen, then released into the digital ether. Actual qualifications or experience in journalism, sports, science, politics or performance are so passé; being able to talk or “report” about it entertainingly, is now where it’s at!

However, there are those cases of persons who are supposedly predestined to be successful at certain professions due to their innate abilities and/or carefully constructed paths to knowledge and skill acquisition, and maturity in a discipline. They may also possess a physical skill, ability, physique or uncanny levels of coordination that renders them perfect for being an athlete, musician, craftsman/woman or anything that requires the dexterity and ingenuity needed to be good at whatever the activity is.

Sharam Diniz was born to be a model…though she actually dreamed about and wanted to be an actress, initially. “One thing…since I was super small…I hated to have the same look, so I was always changing my hair [for example]…and that was probably one of the reasons that made me go into modelling, because I saw that as a window to become an actress.”

Growing to a slender 5’10, possessing immaculate skin, having a radiant smile and personality, she was seemingly moulded for print media and catwalks, bouncing along with a flirty disposition and bubbly demeanour we’ve all come to expect from models over the years.

However, like most people trying to make a name for themselves in whatever job they enter, despite being what most would assume as being 'perfect' for the role, she endured challenges that forced her into reflection and internal pep talks. At times in New York, where she lived for 6 years, working full time as a model “for bigger brands [she would] only see in magazines,” she had to constantly remind herself in car and subways rides to “keep calm [and that] you are good enough to be here, otherwise they wouldn’t call you!” Facing the pressure and scrutiny of an industry known at times to be belligerently ‘honest’ and diabolically subjective, where fashion and media is concerned, she had to remain strong and resolute in her conviction that she was worthy of becoming the face/body of an iconic, global brand!

“I was never super skinny, I don’t know if it’s because I am African, so my body structure is different… my genetics [from] my mom, my dad, I have no idea,” Sharam began to share. She continued, “most of the feedback that I got was that I was too ‘commercial’ to do shows, during fashion week (in New York in 2012)…” she went on to reveal to our student colleague interviewers Charlotte Tomaney and Kinga Bozyk.

She added, “The casting [process] I feel is the hardest…because you have to deal with your own insecurities, because you are being cast with a hundred other girls, [who are] different than you are, taller, smaller…at some point you have to be strong mentally and emotionally because otherwise, you will compare yourself to everyone else.” This crystallised her understanding at a very early age that she could not worry about what people thought about her. That worry would only be detrimental to her dream and survival of being a model, in New York of all places.

Having over a decade’s worth of experience (and more to come) as a model, Sharam has showcased herself and the collections of several respected fashion houses in New York, Italy, Paris, London and many other countries. She can now look back at those experiences and the difficulties she faced with pride and also with the knowledge that, not only did it make her stronger, but she became a more savvy individual. She has successfully used her newfound fame and platform to parlay those catwalk appearances into a blossoming acting career, where she is now a regular on a popular Portuguese television show called Alma e Coração (translated as Heart and Soul), playing the character Naomi Brito. She is now also a businesswoman, establishing a respected brand and growing (pun intended) her hair/wig company Sharam Hair, taking the opportunity to monetize an aspect of her life she’s been known for and as she expressed earlier, was an absolute passion of hers. It all seems to have come full circle now; the young girl who wanted to be an actress and enjoyed changing her look and hair, is now that and much more!

Whilst a student at Leeds Metropolitan University (since rebranded to Leeds Beckett University), where she studied Event Management at the UK Centre for Event Management, she entered a competition in London at 18 years old and ended up winning that competition which set her on a path for numerous competition wins and professional representation, along with all the opportunities that have befallen her since. Runways for Victoria’s Secret, Balmain, Vivienne Westwood, Carolina Herrera; adverts for Chanel, Tom Ford, Ralph Lauren, Armani Exchange…Sharam has done almost every haute couture, high end, fashion label thing you can think of!

Did Sharam grow up for the runway or was “born to do” it? It’s hard to argue against it but she most definitely exploited the opportunities and challenges that came her way, learning from her mistakes and maturing, whilst in the deep end, in an unforgiving industry that elevates prospects quickly and just as easily, takes them away.

With this knowledge in mind, Sharam was extremely willing and happy to leave our interviewers and readers with some amazing advice, clearly borne out of the experience she has a gained. “Never, ever give up on your dreams. It may sound like a cliché…but it’s not.” She continued “...you have to be the first one believing in yourself…your dream, because if you don’t, nobody else will…Do anything that will make [you] happy…it stops being an obligation, when [you] actually have fun doing it and that’s key for a successful career in any field…”

Being born to do something, can be a fallacy-laden perspective of many narcissistic people today but those who truly are, are the ones who gracefully and humbly navigate their paths and careers laid before them and actually notice and follow that exact advice which Sharam expressed. She has walked that talk expertly; with the bounce, strut and sophistication of a catwalk veteran that she is. She may have been lucky to end up in the position that she is in, not having all the advantages some may perceive could have worked against her; growing up in Angola, black, “body structure” and any of the other slights and criticisms she may have amassed over her lifetime. But what she was not lucky about was knowing how to put herself in positions to succeed, exploiting all the opportunities given, to become a successful role model to Angolans, Portuguese natives and students at Leeds Beckett University!

Ela nasceu para fazer isso, (translation from Portuguese: She was born to do this), and she’ll continue to strut and smile her way into many more situations that will prove that too!