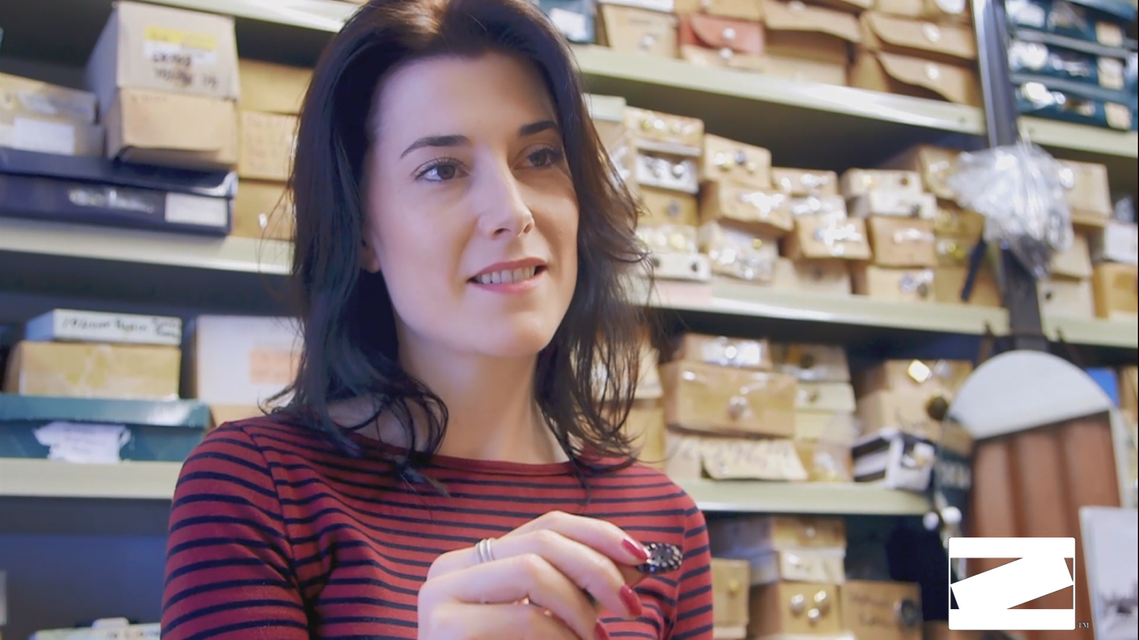 “Pitter Patter Raindrops” is what started it all for Victoria Ashford. At the age of 4 years old, she mysteriously ended up on stage at a holiday park much to the amusement (or maybe the planning or encouragement) of her parents, to perform her favourite nursery rhyme. Giving the performance of her life (at that time) and then receiving the expected rousing applause for an adorable toddler who was brave enough to get on stage and perform, Victoria basked in her show of appreciation, well chuffed with herself and was then escorted off stage, back to her proud and beaming parents. With the thrill and exhilaration fresh in her mind and adrenaline coursing through her veins, she remembered clearly, even at that early age (and also years later, the exact feeling was replicated whilst in Performing Arts college, where she played a lead role in the play Widows by Ariel Dorfman), performing and acting was something she’d want in her life, forever.

As the story can and usually goes for many actors and entertainers however, the road to becoming a full-time performer can be fraught with many challenges and the required resilience and persistence to overcome obstacles. Additionally, there may also be ample opportunities for hindsight and valuable reflection, which is no different in Victoria’s case. Those moments of life’s rear-view mirror glances, where individuals review what they’ve encountered and how far they’ve come, tends to reveal that those past incidences are character builders and have life-defining gravity that ultimately make us the well-rounded people we are presently.

Speaking to our Leeds Beckett University student interviewers Alysha Marshall and Klaidas Norvaisa, Victoria candidly recounted those precious moments in her life and also engaged in some reflection and hindsight, about what she’d probably redo if she had the ability to. However, alongside those nostalgic thoughts, she carried an air of equitable gratefulness and appreciation for the opportunities she encountered that made her who she is today.

“I would’ve started earlier,” Victoria noted, responding to whether there was anything she would do differently in her career. After her Pitter Patter Raindrops experience, Victoria followed the expected and conventional life progression of a youngster growing into adulthood; completing her education and entering into the “real world and working 9-to-5s.” With the personal torment she endured weighing on her memory, she convincingly articulated that she "absolutely hated [working 9-to-5s], it wasn’t for me!” Despite the stability that full-time employment offered, the conflicting monotony of “being the same person day in and day out” without the active freedom to explore character, personality, “reinventing yourself” and playing with performance was an unfillable void in the unfulfilling office environment. She remembered that sapping feeling that life was being “drained out of [her],” sucking away at the vibrancy and energy that an existence in performing would offer and was within touching distance, if she wanted. This ultimately led her to pursue acting opportunities seriously and on a more regular basis in her 20s and she hasn’t looked back since! Over time, she’s become an experienced actress and continuous student of the craft, performing in several short films, participating in casting duties behind the scenes in a few productions and even appearances on a UK television series, Buttoned Up in 2017.

The ideal situation according to her, if she had that do-over opportunity, would’ve been “going straight from school, into drama school and into the business [of acting].” However, Victoria acknowledged rather bluntly that even with a do-over, she is not misguided about how difficult it would have been and is to get into, develop and sustain an acting career; a great teaching point and dose of realism for aspiring actors and entertainers. “Acting is very difficult, it’s not an easy thing…and you have to be very passionate about it and know that’s what you want to do because otherwise, you’re going to end up falling and not being able to get back up.”

She positively added however that “as long as [acting] is something that you love and you enjoy, then you’ll keep going and keep doing it and you’ll keep stepping a little bit further [in improvement] everyday. There’s not a single actor in this world that has got as far as they’d want to get. Everybody wants to achieve something more, everyone wants to go the next step and the next level…It is difficult, but it’s worth it!”

Specifically for actors, life’s winding road which at times can be disheartening when things don’t go as planned, can actually be beneficial. This gives an actor some depth of personal and mental material that can be used in rehearsals for example, during the process of understanding the character, their motives and development in the story and can make it slightly easier (but not always) to channel into their performances. Scripts quite often present situations, moods or emotions directly (or sometimes hidden within the subtext), that can be personally revisited in the mind of the actor, especially if they have encountered something similar in their lives. This makes actors (and their personal experiences) perfect analogous instruments that Directors employ, who ultimately want them to deliver believable performances for the character they are meant to portray. Without their own experiences and the layered emotional, mental and physical responses they delivered or were exposed to which make people who they are, it is unlikely that actors would be able to closely emulate, the required emotion and performance that can only be transmitted from first-hand experiences, without overreacting or faking it.

Victoria is the perfect example of an individual continuing to forge her path, chasing her dream and destiny, doing something that is rewarding and personally satisfying. Her passion has allowed her to become a polished and dedicated actor with experience in many productions and performances ranging from the stage, to television, film and even voice-overs for animated pieces, broadening her skill and knowledge base immensely. She also continues to sharpen those skills in her spare time using the new and innovative industry and acting-specific community platform WeAudition.com, assisting others as a reading partner for actors all over the world on the video calling programme. Earning money for her efforts whilst doing so, she is also able to audition for roles in the US and UK and speak to Casting Directors on there as well. She’s talented and always eager to teach and share her experiences to aspiring actors and entertainers who can learn from them and take her advice, making her an exceptional and selfless individual.

And in that spirit of selflessness, Victoria left some final advice for aspiring entertainers which may be surprising but definitely useful for the dedicated learner. “Make sure you have other stuff outside of [acting]. I don’t mean work-wise…[but] make sure that you have other hobbies, other interests and friends outside of the industry, so that it is not consuming you. If you got other stuff outside of acting…then you got other stuff that you can glean from, [as experiences] that can help with your performances."

Considering this feature started with mentioning her favourite nursery rhyme, it is fitting that a proverb tying her advice above perfectly, is what will end it. All work and no play makes Jack (or Victoria in this case) a dull boy (or girl). Having a balanced life, full of experiences helps make us unique. They help develop our sense of self, assists with sharpening identity/individuality and aids understanding our limits, whilst solidifying values. Live and love carefully, minimising but learning from your mistakes; it can only strengthen your resolve and build your wisdom and character for the future.

You never know, one day you may have to revisit those experiences for the performance of your life!