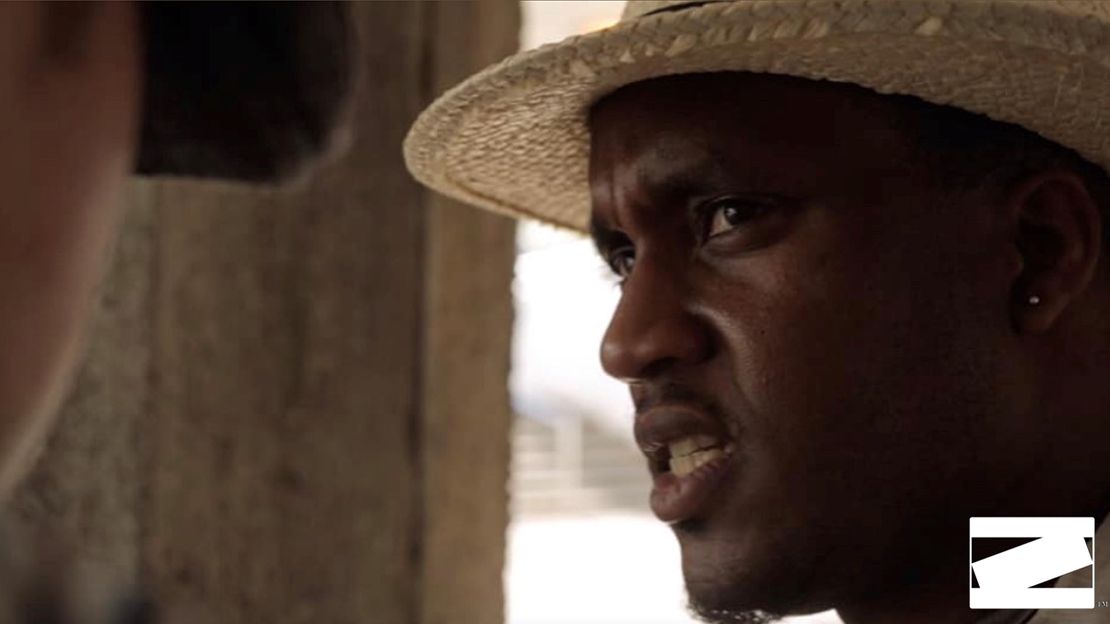 I remember when my mom first noticed the tattoo on my left bicep. She stood there…mouth agape, completely frozen.

At a family gathering in London she exclaimed, “Khalil!” Calling me in that tone which many Caribbean-raised children are familiar with. When called by your family name (in this case, also my middle name), at that pitch…you know, for certain, you’re about to get an ear-bashing, or worse-yet…called for a supposedly deserved whooping!

It was a vocal that I had not heard in years and used to make the hairs stand on the back of my neck in fear. A sound laden with the distinct acoustics of maternal authority and maybe a hint of disgust that signalled her distaste in something I had done as a child; now also in this moment, as an adult.

“What had I done now?” I thought, completely baffled by her shriek in such a calm and festive atmosphere. For a split second, I forgot about the new “permanent” artwork I applied to my body. She stood there unmoved I remembered, giving me a chance to quickly survey the room to see if my siblings, niece and nephew had noticed what just transpired, amidst their cackling of banter. Her mouth never closed; which was disrespectfully (maybe from her perspective) comical and like her lips never touched to enunciate the consonants and vowels in my name.

“I thought I told you never to mark your skin!?”

At 27 years old, a university grad, full-time graduate employment in Local Government, living alone and no longer “under her roof” at our quaint dwelling in Castries, Saint Lucia; I looked at her, with her opened mouth and couldn’t contain my amusement. My newfound courage, as a near 30 year old was liberating; knowing that I was no longer going to be requested to “go get the belt in the room and come back with it to explain yourself!” I was bursting and I couldn’t help but laugh (sorry mom!). However, I visualised for years that same exact response and expression I would get from my mother when I did eventually get my tat. She couldn’t have acted it out any better, easily besting the scenes I held in my mind’s-eye. There she was…motionless, contemplating her next move/comment; arrested by the shock and disdain for my defilement of “God’s temple.”

But it was my coming of age, my time to make decisions for myself and this, as small as it was, was one of them.

What was represented by that tattoo was more important than the ink that darkened the layers of my skin. The majestic and iconic, World Heritage twin peaks (or “Pitons” as we call them back home) and the words “Summum Attingitur Nitendo.” A Latin phrase meaning, “The Top is Reached by Striving” which adorned the crest of my secondary/high school (St. Mary’s College) and was a motto that has carried me throughout my life thus far. I attended St. Mary’s for five years in Saint Lucia between the formative ages of 12 and 17. An institution that was an incubator for two Nobel Laureates and the spawning ground of many other proud “Samarians” who have excelled globally in various fields. It’s an institution that taught me about perseverance, resilience and poise, in addition to the expected academic brilliance and nurturing provided by one of the island’s historically proficient establishments that churned out scholars and leaders and one of the top secondary schools on the island.

There, I learnt first-hand that nothing came easy in life as I competed academically, athletically and even socially with the crème-de-la-crème of male talent on that 238 sq. mile volcanic rock, which was then populated by approximately 160,000 inhabitants. It didn’t matter if you were (or were not) blessed with family resources or luck to give you an advantage towards desirous outcomes. Working hard daily in a meritocratic environment and overcoming hurdles of whatever kind was the name of the game. Never giving up and applying yourself ensured reaching the lofty standards that were expected of us students. Striving, persevering and effort (even when the tasks seemed insurmountable), would be the personal resources, when used correctly that ensured we succeeded. That doctrine was imprinted on my memory; so I also wanted that permanent, visual reminder of my younger days at SMC, where I had to grow and take ownership of who I was and what I wanted to become.

This is what I have been doing since and I what intent to do, forever.

Whilst still striving for the top, or at least to eventually be recognised in my desired and preferred field of acting, the perseverance needed to get there, starting from scratch and with no formal training is one of the hardest things creatives endure in their journey, especially as all paths to greatness are not created equal. However the burning and stubborn passion and determination that drives those who succeed is indeed common. Working full time as a Business Analyst, in order to meet the financial obligations of student debt and starting a family for myself can easily be the end of that dream for many people. For me though, being a Business Analyst has a finite timescale, much like many actors and other artistes who work whatever jobs they can find to be able to pay the bills, whilst pursuing their dreams.

“I think it’s perseverance and having that passion,” I explained to Harry Bannister and Ciaran Callaghan, who were student colleagues from Leeds Beckett University who conducted my interview; answering their question of what motivated me as an actor, despite having a full time job which can make it hard to juggle both.

“Once you have a passion, it’s really difficult to let it go. It’s something that sticks with you…because you think about wanting to do that thing all the time and acting was that for me!” Continuing, I added to my rationale, “I wanted the opportunity to work with other people [out of the office environment], be on stage and have loads of different experiences…I just tried to put myself in positions that I could have opportunities to act.”

One of the reasons I created The Actors’ Post was to help inspire and motivate other creatives aspiring to be in the entertainment industry and want to pursue their dreams but may not know how to, or are searching for stories from people they can relate to, in their chosen field, within the entertainment industry. This is why I sought entertainment professionals, who themselves also had a story of perseverance and passion to share, that can hopefully motivate aspiring creatives, who sometimes need to hear from people who went through it themselves. Getting that feedback and advice from those who experienced the struggle can prove invaluable to those who would like to follow in their footsteps and even eventually do better.

Growing up in Saint Lucia, I had no idea that my small involvement in the annual Calypso Monarch competition every carnival season I took part in, as a stage actor for one of the winningest monarchs on island, “The Mighty Pep” would generate this thrill for performance that made me want to do it again, every year. My outwardly quiet and normally introverted demeanour usually keeps me away from any spotlight activity. However, on that stage, I had an energy that was unlike any other thing I had experienced. That energy was even more pronounced when I participated as a cast member of the London 2012 Olympic Opening and Closing Ceremonies and it has been a buzz ever since, when on a movie set and in front of a camera.

I won’t continue with any more anecdotes as I’ve been admonished for my ability to “re-write the Bible” (writing in-depth features are usually "long" folks, get over it!) as everything about my desire for acting is attached in the video below and in the article I wrote about why I created this platform. Nevertheless, if there’s one thing I’d like to suggest to anyone reading this is to NEVER turn your back on a passion or a talent you’ve acquired. Nurture, develop and keep it active, finding opportunities to showcase it and attain mastery as time progresses.

Developing a hobby or talent into a job that pays is one of the most satisfying and purest feelings of accomplishment there is. As I told Harry and Ciaran in the recorded interview “Just keep going and doing what you like to do. If you have a passion...and a talent [that you’re good at]…continue to push yourself to develop that skill, it’s something that you’d end up doing as a job that you’ll always enjoy…and hopefully you’ll succeed!”

For all the interviewees that you’ll find on this platform, they all share the collective joy of being good at what they do and are eager to continue to get better. For those who enjoy what they do and are also lucky enough to be their own bosses (which is something my mechanical engineer father always told me was the best feeling when growing up), being accountable to no one, is even more gratifying. Having that autonomy to do things at your pace and being a master of your craft that is wanted/needed by others is the ultimate reward for the perseverance and sacrifice that you put in to be the best at what you do.

Striving for the top however, never stops.

Whether it’s said in Latin, English, German or Cantonese, the meaning of the phrase would resonate to anyone pursuing life and career goals.

The Top Is Reached by Striving.

A motto coined and popularised in Saint Lucia for one of the luckiest secondary school institutions in the world to produce multiple Nobel Laureates.