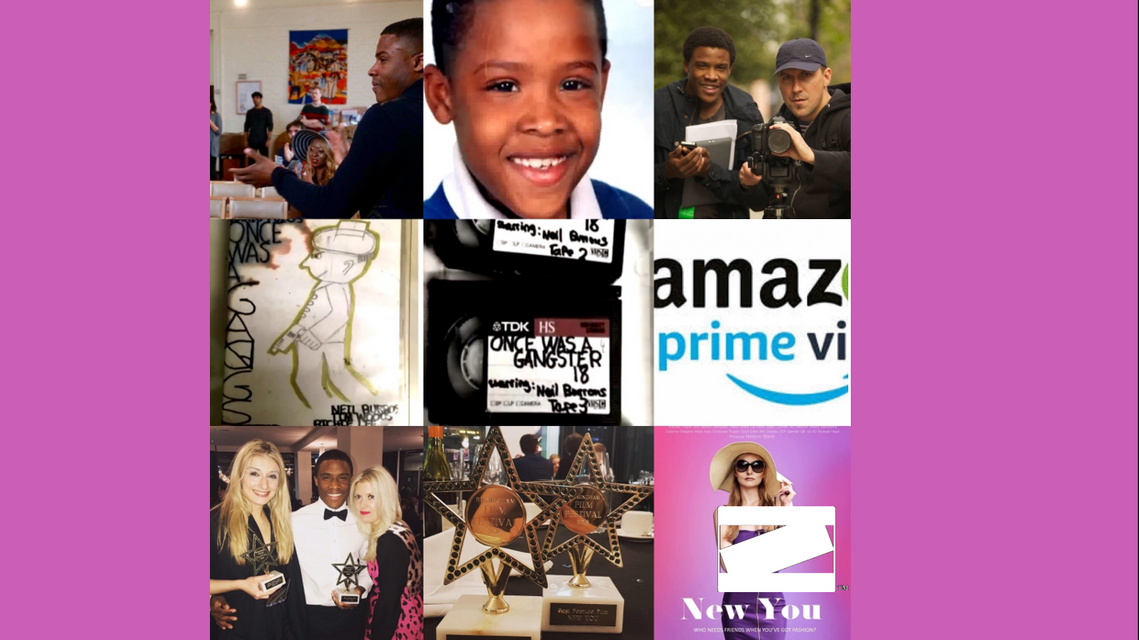 Stubbornness, Perseverance and Obstacles...They're All Positive!

What do the words perseverance and stubborn have in common?

Perseverance is commonly used to describe someone with admirable tenacity and determination that is unyielding and possessing a willingness to never relinquish a belief or action that person feels strongly about.

These words, based on these paraphrased explanations above and maybe based on what you think and have experienced about those characteristics personally, offer a seemingly positive and negative take on traits, that upon deeper thought, inherently encapsulate the essence of each other. Perhaps, they are somewhat intertwined; an amalgamation of persistent determination. They offer a paper-thin line of demarcation that blurs the ability to show that one is perceivably better to possess over the other. Maybe, you can’t be one without the other? That’s a debate for another day though!

Neilson Black, our next featured individual is someone who seems to embody the ostensibly melded definitions of both words, with an innocuous and admirable balance that has allowed him to continuously carve his own path towards success and that is nothing short of inspiring.

If we extended our interview to Neilson’s immediate family, maybe they (and potentially others) would be able to vouch for and tell candid stories of him being the naughty, stubborn kid (or adult) growing up, who refused to listen or do what he was told. In an interview for “What’s Up TV,” Neilson shared a story of him using his father’s camcorder, “without him knowing,” to create his own and first movie, titled Once Was A Gangster, where he “played all the characters [and did] all the scenes and even designed the [rated 18, VHS] box cover,” to produce his first homemade film. One could only imagine the conversations of the young Neilson trying to explain to his father, why he used his camera and had overwritten all his tapes to record scenes that included killing his brother, who he eventually “recruited” to play the “unfortunate death character.” Negotiating with his father to play around with his precious camera, probably bypassing chores and homework along the way, to make a movie, we’d venture to assume promised to be entertaining dialogue itself! Maybe the stubbornness kicked in then, at an early age when he knew after being inspired by films of Stephen Speilberg, that he wanted to become a Director.

It is more likely that anyone who has a few words to describe Neilson however, are inclined to default to adjectives of being determined and persistent, glued together with talent and energy, that has allowed him to achieve award winning accolades on the film festival circuit as a film Producer, Writer and Director.

In our recent interview with Neilson, he spoke with our student colleagues Jake Turner and Joseph Beddis from Leeds Beckett University about how he arrived at becoming an award winning Director and recently achieved what most up and coming film impresarios aspire for their productions; international distribution! Having one of his recent productions New You, being picked up by the international film and television distributor Ammo Content, getting his work on Amazon Prime is another major milestone in the career of a man who was literally born to do what he loves, and that easily, is being a film Producer/Director/Writer.

Neilson’s interview with Jake and Joseph unearthed loads of interesting content about his time as a student at Raindance Film School in London, where he completed his Masters Degree; his foray into French cinematography and love for French cinema after producing his first feature film, the comedy Paradis and working to produce his upcoming Café Mirage; his motivations behind starting up his company Pattern Maker Films and the challenges he encountered with that. He also divulged various enlightening perspectives as a film Director and finally gave some amazing advice to aspiring film Producers and entertainers.

“Treat obstacles as opportunities,” Neilson responded when asked what advice he could leave for young entertainers. Words that could only be spoken with hindsight and loads of accumulated, matured experience and perspective. Considering the many setbacks he has endured whilst growing in the industry, he advised our viewers to treat these "obstacles" as “a way to get better,” whilst focusing on YOU, developing your talent and not getting distracted by the peaks and valleys of others.

Words of the wise!

Or rather, words of the stubborn one…who persevered!